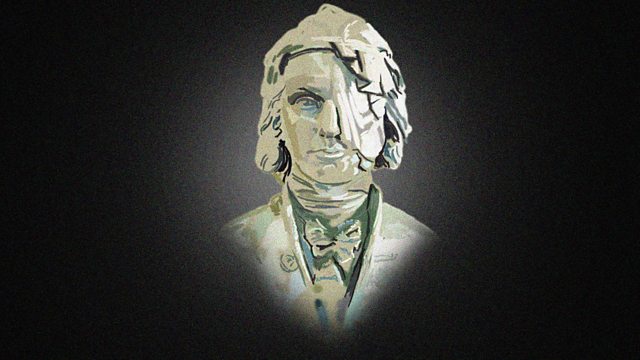 Alex Salmond chooses Thomas Muir for Great Lives, whom he describes as the Father of Scottish Democracy.

"I have devoted myself to the cause of The People. It is a good cause - it shall ultimately prevail - it shall finally triumph." (Thomas Muir)

Born in 1765, Thomas Muir trained as a lawyer and spent much of his early years advocating political reform and greater representation. These views brought him to the attention of the authorities who tried and convicted him of "unconscious sedition". Sentenced to fourteen years transportation to Australia, he eventually escaped and embarked on an epic voyage back to Europe during which he was almost killed.

Alex Salmond argues that it was his treatment by the state that turned Muir from reformer to radical and then revolutionary, and he believes the democratic reform he sought has still not occurred. He says the word to describe Muir is "thrawn", a Scottish word meaning beyond stubborn, as he came up against unreasonable opposition time and time again and shifted his position each time.