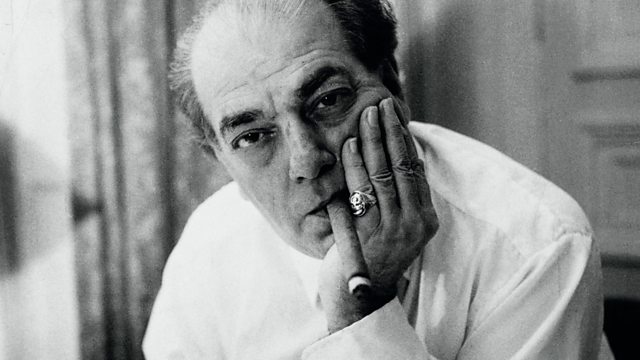 The Whole of Brazil

Donald Macleod with an overview of Villa-Lobos's huge and diverse musical output. He also explores his upbringing in Rio, his nonconformist musical education and work for cinema.

This week, in conversation with Brazilian musicologist Manoel Correa do Lago, Donald Macleod explores the music and life of Brazil's greatest composer, the mercurial Heitor Villa-Lobos. Today, an overview of his huge and diverse musical output.

It's hard to imagine a more Brazilian composer than Heitor Villa-Lobos. His works are suffused with the accents of his native land - the street music of Rio de Janeiro, where he was born in 1887, in the dying years of the monarchy; the rural music he first encountered as a six-year-old, when his father had to hurriedly relocate himself and his young family to the countryside to avoid arrest for criticizing the new government; the Afro-Brazilian folk music he discovered on trips deep into the country's interior, accounts of which he subsequently - and characteristically - embroidered with tall tales of narrow escapes from cannibal cooking pots; and above all, a general sense of the essence of Brazil - its forests, its fauna, its folklore, its traditions. Intertwined with all these influences was Villa-Lobos's deep appreciation of European classical music - at least, selected aspects of it - which he absorbed first from his father, a keen amateur cellist and concert-goer. Bach was an early and abiding passion, thanks, apparently, to a favourite aunt who played him extracts from The Well-Tempered Clavier. Visits by foreign musicians, notably Artur Rubinstein and the Ballets Russes, added Ravel and Debussy to the mix. And in the 1920s he was able to spend several years living and working in Paris, where he was exposed above all to Stravinsky's Rite of Spring, his first hearing of which he described as the greatest musical experience of his life. In 1957, two years before his death, he wrote that "Anyone born in Brazil who has formed his conscience in the heart of this land cannot, even if he wishes, imitate the character and manners of other countries." Yet he ended his days disillusioned with the Brazilian musical scene: "I have done all in my power to diffuse musical culture in Brazil, but it is useless. The country is dominated by mediocrity; for each mediocre person that dies, five more are born."

In today's programme, Villa-Lobos's upbringing in Rio; his decidedly nonconformist, split-focus musical education; his work as a cinema musician; his seminal encounter with the pianist Artur Rubinstein, thereafter a lifelong friend and advocate; the importance of Bach; and his journeys into the Brazilian hinterland - one product of which was his extraordinary Nonet, modestly subtitled 'A Brief Impression of the Whole of Brazil'.