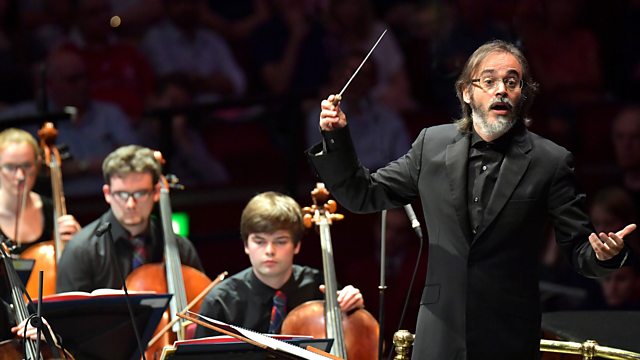 4.45: PROMS INTERVAL
Two Tales by Teffi - 'One of Us' and 'Subtly Worded'
Teffi is a re-discovered author, writing satirical tales about Russia in the 1920s. One tale describes a case of mistaken identity, the other reveals some rather strange letters.
Reader - Samantha Spiro

The National Youth Orchestra of Scotland frames the turbulent and virtuosic Second Piano Concerto by Tchaikovsky with the final part of Helen Grime's new two-part work for orchestra (see also Prom 27) and the second of this weekend's trio of Stravinsky ballet scores.
With The Firebird of 1910, Stravinsky was immediately recognised as the most important musical voice of the new century. His relentless rhythmic drive and hypnotising orchestral colours are heard to full advantage in a performance of the complete ballet under the charismatic Ilan Volkov.

PROMS INTERVAL: Two Tales by Teffi - 'One of Us' and 'Subtly Worded'
Recently re-discovered, Teffi writes satirical tales about Russia set in the 1920s. One tale laughs at a case of mistaken identity with Mrs Kukabina; the other describes some rather strange letters, which require even stranger replies. They are translated by Anne Marie Jackson and Robert Chandler.
Reader - Samantha Spiro
Producer - Duncan Minshull.