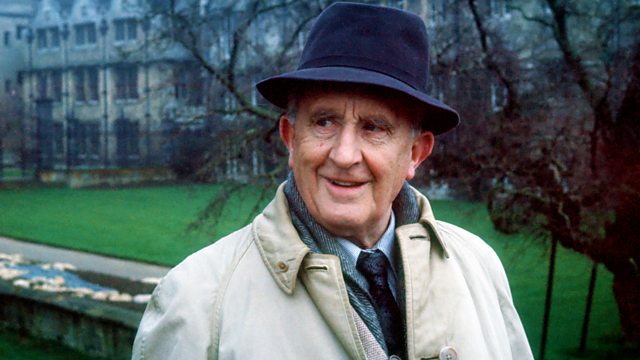 Joss Ackland narrates a search through BBC archives for unheard gems from Lord of the Rings creator, JRR Tolkien. From 2016.

Joss Ackland narrates a search through BBC archives for unheard gems from JRR Tolkien, as Oxford Academic Dr Stuart Lee discovers the unbroadcast offcuts from an interview given by the author.

Tolkien gave the interview for a BBC film in 1968, but only a tiny part of it was used in the broadcast programme. It was one of only a handful of recorded interviews he gave, and was also to be his last.

Dr Lee’s search for the unbroadcast rushes takes him to the depths of the BBC film archives, and back to the making of the original film Tolkien in Oxford.

For the director Leslie Megahey, only 23 at the time, this was his first film, and the one that launched a prestigious career. The programme reunites him with three others - researcher Patrick O’Sullivan, Tolkien fan Michael Hebbert, and critic Valentine Cunningham who describes how he was brought in to be the voice of dissent challenging the burgeoning Tolkien cult spreading from America.

What emerges is a picture of a playful academic, whose fiction was little respected by adults at the time and looked down on as a lesser form of literature. But he is robustly defended by Professor Tom Shippey and remembered fondly by his colleague Dr Roger Highfield.

Stuart Lee presents the results of his search through the archives to Dr Dimitra Fimi who considers any new words from Tolkien’s mouth as ‘gold’. While, for Dr Lee, the real dragon’s hoard is the privilege of hearing Tolkien in relaxed mode reflecting on his life as never before.

An Overtone production for BBC Radio 4 first broadcast in August 2016.

Lenny Bruce - In His Own, Unheard, Words