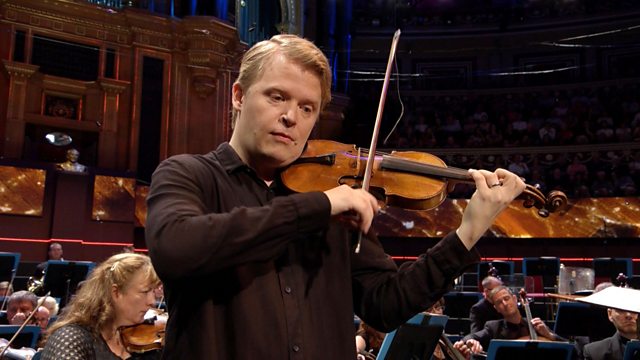 Two Russian heavyweights and a living Scottish composer are the focus of tonight's prom, featuring the BBC Scottish Symphony Orchestra under the direction of chief conductor in waiting Thomas Dausgaard.

Finnish soloist Pekka Kuusisto performs Tchaikovsky's passionate and virtuosic Violin Concerto. It is followed by Petrushka, the first of a trio of landmark Stravinsky ballet scores for the Ballet Russes to be performed by Scottish orchestras.

The concert opens with a world premiere of the first part of a new BBC commission from Helen Grime. Two Eardley Pictures - I: Catterline in Winter was inspired by the landscape paintings of Joan Eardley and folk music of the far north east.