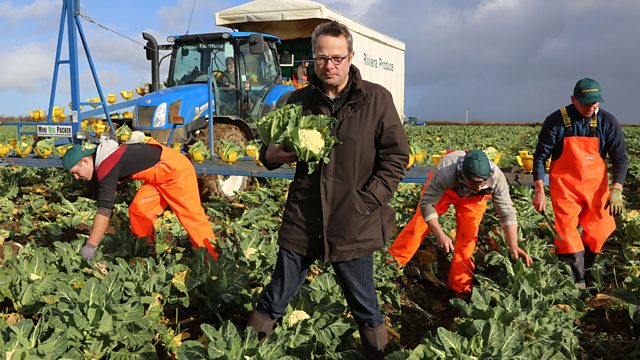 Hugh's War on Waste
Episode 3 of 3

Hugh Fearnley-Whittingstall tries to change Britain's wasteful ways. He takes on Amazon, for all their packaging, and the coffee shop giants Starbucks, Costa, and Caffe Nero.

Hugh has two new massive corporate targets in his sights. This time he's taking on Amazon, for all the packaging they produce, and the coffee shop giants Starbucks, Costa, and Caffe Nero, for a recycling scandal that most of us never even knew existed.

In the UK we throw away a staggering 2.5 billion cardboard coffee cups every year. But our growing caffeine addiction brings with it a dark secret. Virtually none of these discarded cups end up being recycled. In fact, 99% of them are sent to landfill or incineration.

Hugh discovers that part of the reason for this is that most people assume that their coffee cups do get recycled and don't even know that there is a problem. But the opposite is true of for packaging. Everyone who has ever shopped online knows the frustrations of excess packaging. And when Hugh asked his online supporters who the worst offenders are, the answer is clear - Amazon.

Hugh's hoping that he can build on the successes his campaign on food waste is having on the supermarkets. Last year he uncovered the shocking amounts of food that was being thrown away on British farms because their produce didn't fit the supermarkets' strict cosmetic standards, but since 300,000 people signed his pledge to end this waste, all of the major supermarkets have taken steps to increase the amount of 'wonky' veg they now sell.

And the UK's biggest food redistribution charity, Fareshare, have told Hugh that since his last programmes went out, donations to them have increased by a staggering 60%, meaning that an extra 50,000 people every week are being fed with food that would otherwise have ended up in a bin.

After weeks of chasing, Hugh finally gets access to one of the biggest Amazon distribution centres in the country, and Amazon even decide to fly in their global packaging expert from America to meet him. But will they actually commit to change? And when the coffee giants seem shy of coming forward to tackle their waste crisis, Hugh takes to the streets in a coffee cup-covered battle bus and the campaign suddenly goes viral.

See all episodes from Hugh's War on Waste

See all clips from Episode 3: The Battle Continues (2)

Can you make a free meal in 20 minutes? (It's souper easy) 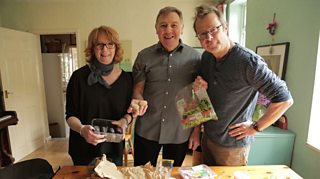 BBC iWonder has an interactive guide to help you get the most out of your leftovers.