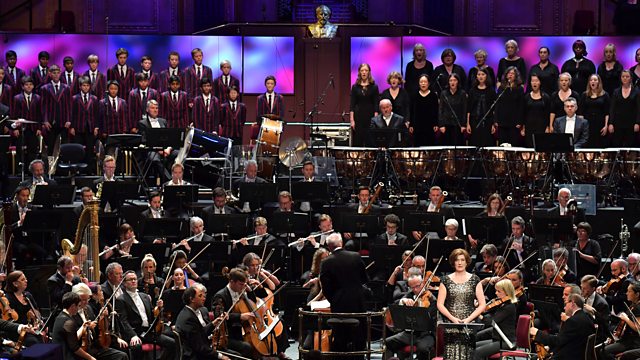 A Prom featuring the London Symphony Orchestra in a performance of Mahler's Symphony No 3 in D minor, with mezzo-soprano Sarah Connolly.

Afternoon on 3 with Jonathan Swain

Presented by Ian Skelly at the Royal Albert Hall, London

On the shores of the Attersee in Upper Austria, the hut still stands in which Gustav Mahler set about creating one of the most overwhelming visions of nature in all art. The composer's Third Symphony harnessed the expanse that surrounded him. Horns bray and trombones growl in the face of nature's primeval power; human voices move from grief to hope before, as Mahler declared, 'nature in its totality rings and resounds'.

In the 50th-anniversary year of his first appearance at the Proms, Bernard Haitink conducts Mahler's mighty nature symphony.

Followed by recordings from this week's Proms Artists.