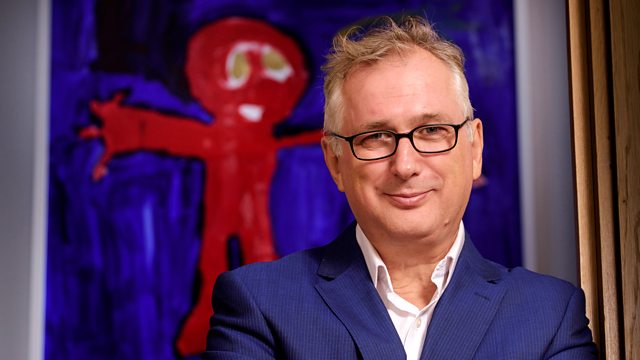 The Royle Family co-writer and Gavin & Stacey producer, Henry Normal takes a comic and poetic look at family life. From 2016.

Henry Normal presents a comic and poetic look at his family life – centred around his son, Johnny, who was diagnosed with "mildly severe" autism.

Through stand-up and poetry, Henry explores what this means for Johnny, for himself, and his wife, Angela.

Recorded with an audience in Henry's hometown of Brighton, the show paints just one portrait of life with autism; there are many versions of it, and this is Johnny's.

Henry Normal is a multi-award winning writer, producer and poet. He starred in Channel 4's Packet of Three, co-wrote The Royle Family and The Mrs Merton Show, and founded Baby Cow productions with Steve Coogan, which produced Gavin & Stacy, The Trip and Camping.

Written and performed by Henry Normal