Schedule
BBC Radio 4
How to Write a Poem
Main content 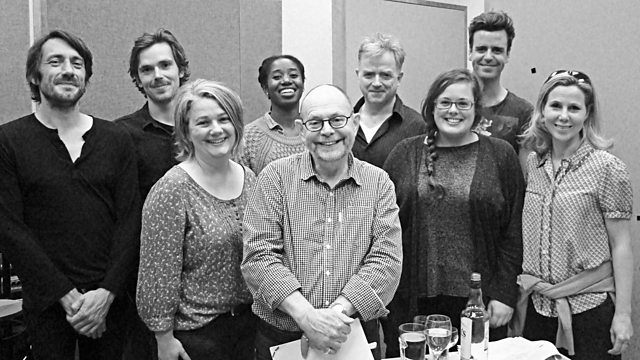 How to Write a Poem
Episode 1 of 2

Poet Glyn Maxwell leads a masterclass at a literature festival with an impressive line-up, where his three students get writing advice direct from the greats.

The poet Glyn Maxwell finds himself in a strange village. He has been invited there to teach a poetry masterclass at a literature festival with some impressive names on the line-up. Could that really be John Keats reading in the back room of the pub? Is that John Clare wandering the lanes? Is Emily Dickinson really doing a Q&A in the village hall? And isn't that Lord Byron propping up the bar?

With Glyn are three new poets - Holly Corfield Carr, Victoria Adukwei Bulley and Dominic Fisher - who share their own poems-in-progress. The students put their questions on writing directly to the greats and Glyn shares his own advice on writing better poetry - from facing the blank page and developing ideas, to the intricacies of rhyme, metre, form and line break.

All words spoken by Keats, Clare, Dickinson and Byron are taken verbatim from their poems, letters and diaries.

See all episodes from How to Write a Poem