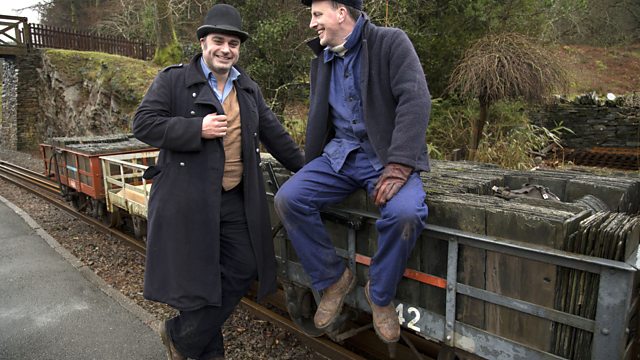 Full Steam Ahead
Episode 1 of 6

Historians Ruth Goodman, Alex Langlands and Peter Ginn bring back to life the golden age of steam and explore how the Victorian railways created modern Britain.

The introduction of steam railways in the early 19th century changed Britain in a way no one could have predicted. This episode explores how they created a domestic revolution, changing the way we lived, from the houses we lived in to the food we ate.

In the middle of winter, the team arrive at the Ffestiniog Railway in Snowdonia to find out how millions of tons of slate were moved down the mountain. This is the slate that covers roofs in every corner of the country, and all of it was moved by rail.

Underground, Alex experiences the brutal conditions faced by miners in Llechwedd quarry who would have endured 12-hour shifts suspended from iron chains. It's an exhilarating ride down the narrow winding track aboard the 'gravity train' with the whole crew hanging on to the brakes all the way.

At Foxfields Railway in Staffordshire, built to transport coal to the nearby mainline, Ruth gets on the loco's footplate as it is driven up the steepest railway in Britain. Coal was to change everything in our day-to-day lives, right down to the way we cooked, the shape of our pots and the role of women who had to deal with the tyranny of keeping clothes clean in this dirty industrial world.

See all episodes from Full Steam Ahead

Download a free Railways poster from The Open University 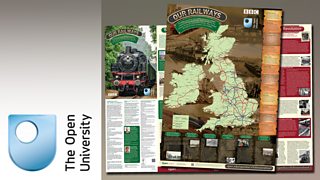 Discover how the railways transformed the British Isles during the 19th Century. 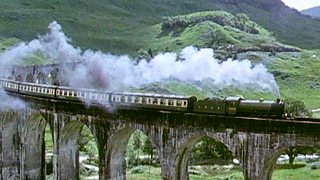 Programmes from the BBC archives celebrating the beauty of steam locomotives