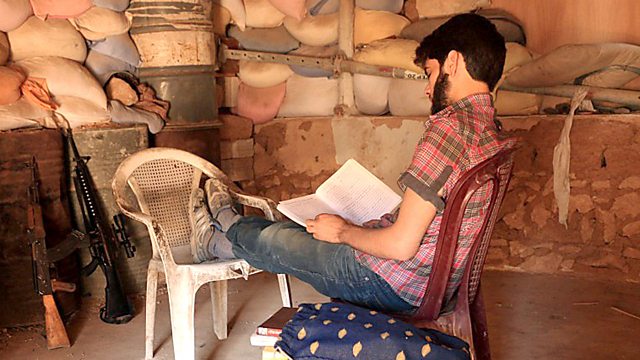 Mike Thomson with the story of the library in a besieged Syrian town which is providing a lifeline to a community shattered by war.

Away from the sound of bombs and bullets, in the basement of a crumbling house in the besieged Syrian town of Darayya, is a secret library. It's home to thousands of books rescued from bombed-out buildings by local volunteers, who daily brave snipers and shells to fill its shelves. In a town gripped by hunger and death after three years without food aid, Mike Thomson reveals how this literary sanctuary is proving a lifeline to a community shattered by war.

Produced by Michael Gallagher and additional research and translation by Mariam El Khalaf.

*Omar, the FSA soldier pictured above who was the last voice heard in this programme has been killed in fighting.*.