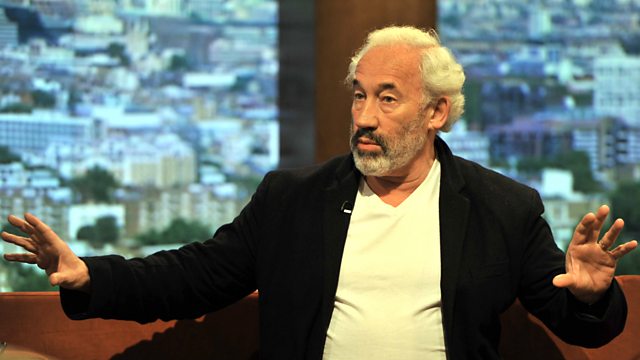 Simon Callow on the role of applause, from an early form of mass media in Ancient Rome to its reinvention in the tech age. The story of how we liked things before we 'liked' things.

Simon Callow explores one of the earliest and most universal systems people have used to interact with each other - the clapping of hands.

Applause in the ancient world was acclamation. But it was also communication. An early form of mass media, connecting people to each other and to their leaders - instantly, visually and, of course, audibly.

Applause today is much the same. In the studio, in the theatre, in places where people become publics, we still smack our palms together to show our appreciation - to create, in cavernous spaces, connection.

But we're also reinventing applause for a world where there are, technically, no hands. We clap for each others' tweets, we Like, we link and we share content to amplify the noise it makes.

Clapping was formalised, in Western culture at least, in the theatre. During the Roman Empire when theatre and politics merged, one of the chief methods politicians used to evaluate their standing with the people was by gauging the greetings they got when they entered the arena. In later times of course there came the role of the Claquer, hired to clap at the right times during a performance.

The programme concludes with an account of how applause is being reinvented by the digital age. With the help of trend forecaster Faith Popcorn (who coined the term cocooning in the 1990s) Simon explores how we have become an Audience of One - and what this means for applause.

This is the story of how we liked things before we Liked things.

A Terrier production for BBC Radio 4.