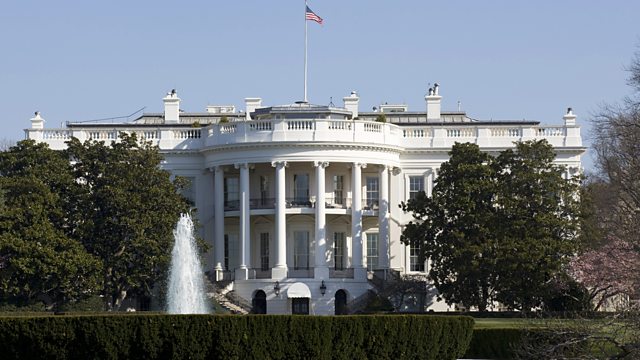 From the food of the White House to the Pope's favourite dessert, Dan Saladino peers into kitchens usually hidden from public view - those serving heads of state and their guests.

Why is cheese essential when the German Chancellor comes for dinner?

Dan Saladino explains why a plate of food shouldn't be taken at face value in this special episode of the Food Programme, made in collaboration with the Food Chain on The World Service. This week we enter an arena usually hidden from public view; the kitchens behind the most powerful people on the planet, where politics, policy and diplomacy are the main ingredients.

For millennia, international relations have been massaged by the chefs working inside palaces and state kitchens and their food might have influenced some of the biggest decisions in history. Dan meets Gilles Bragard, the founder of the world's most exclusive culinary club, Le Club des Chefs Des Chefs, which brings together 20 people who cook for Heads of State. Gilles shares some food secrets, including President Putin's food security protocols.

We visit the kitchens of Hampton Court Palace, where in 16th century England, wine fountains and roasted meats were cooked to help Henry VIII impress and intimidate foreign dignitaries. The White House kitchen, is perhaps the most influential in the modern era and Sam Kass, former chef and close friend to the Obamas, explains how policies were cooked up in State kitchens.

Professor Stephen Chan of London's School of Oriental and African Studies tells the story behind Robert Mugabe's lavish feasts. David Geisser, a former Vatican Swiss Guard, provides insights into the culinary preferences of Pope Francis and finally, we hear from a journalist in Brussels who has witnessed some recent and dramatic EU meals, including the former British Prime Minister David Cameron's last supper with European leaders.

Albania and the Cheese Road