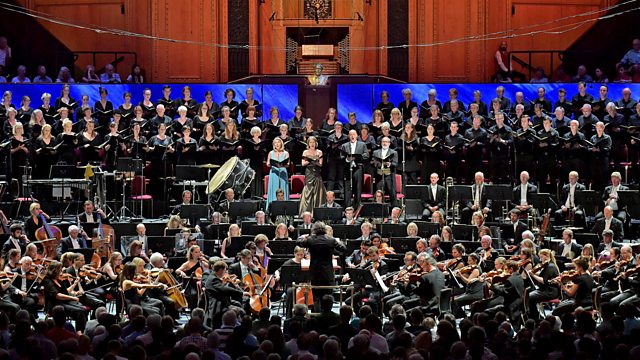 Live from the Royal Albert Hall, London Philharmonic under Vladimir Jurowski. With the annual performance of Beethoven's Symphony No 9, plus Magnus Lindberg's Two Episodes.

Live at BBC Proms: Vladimir Jurowski conducts the London Philharmonic in Beethoven's Ninth Symphony, with its concluding "Ode to Joy". Plus a world premiere by Magnus Lindberg.

Beethoven helped change the European musical landscape but in his final symphony he imagined the most startling transformation of all: from a brutal, joyless world to one of uplifting and embracing brotherhood. He did it by writing his most vivid music yet and employing a chorus, proclaiming Friedrich Schiller's uplifting 'Ode to Joy'.

Vladimir Jurowski returns to the Proms, opening with a new work from one of the finest orchestral craftsmen of our time, Magnus Lindberg.