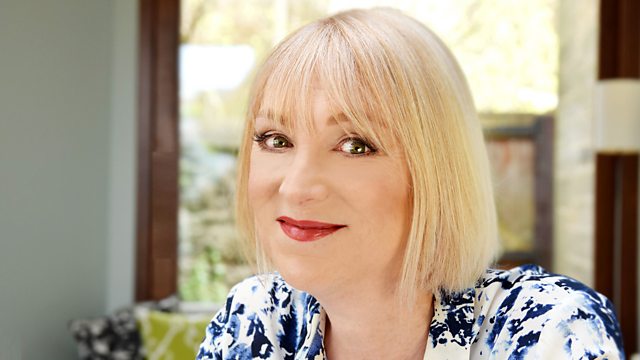 Edi Stark sits in, with music from Scott McWatt

Edi Stark sits in for Janice Forsyth. Glaswegian singer-songwriter Scott McWatt performs a live music session and there is an interview with photographer David Eustace.

Alex Rigg is an artist, craftsman, theatre maker and dancer. But he's best known for his incredible, surreal costume design for his own performances and others. As a new exhibition of his work opens at Gracefield Arts Centre in Dumfries Alex joins us along with curator, Denise Zygadlo.

Donovan & Siegel are a husband and wife artistic duo from Canada whose latest exhibition is opening next week at Edinburgh Printmakers. It's full of beautiful crafted objects and displays reflecting on the idea of text.

Our Single Of The Week is But I'm Scared from The Echo Session who join us to tell us about why this is only their second single in seven years.

The Surge festival of street theatre and performance opens at the Merchant City Festival in Glasgow later in the week. We're joined by Alan Richardson of Conflux who put the festival together along with Kevin Finnan MBE, director of dance company Motionhouse, whose dance-meets-circus performance, Block, is part of the festival.

All week Edi introduces some highlights from her series of Stark Talks. Today, it's the turn of Scottish photographer David Eustace. And, in honour of this weekend's Scottish National Airshow at East Fortune Edi's Vinyl Verdict is between Jet Airliner by The Steve Miller Band and Leaving On A Jet Plane by John Denver.

Film reviews: The BFG, Star Trek Beyond and Chet Baker biopic Beyond Blue

Donovan and Siegel are a husband and wife artistic duo from Canada whose latest exhibition is opening next week at Edinburgh Printmakers. It's full of beautiful crafted objects and displays reflecting on the idea of text.