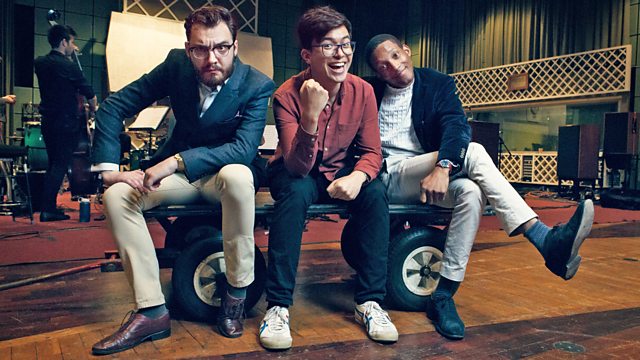 No holds barred sketches from trio Daphne as they leave for New York but are waylaid by mathematical ineptitude. From 2016.

The gang set sail for New York but are waylaid by George's mathematical ineptitude.

Join critically-acclaimed sketch trio, Daphne, as they pull out all the stops in a dazzling array of peculiar characters, whacky scenarios, dodgy remarks, curious observations, minor altercations and major peacemaking - served on a bed of catchy little numbers with a live nine-piece band. 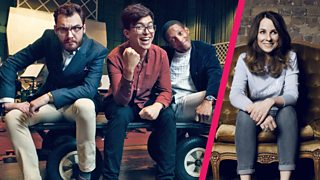 The sketch trio chat to Cariad Lloyd about their terrible teenage band names.