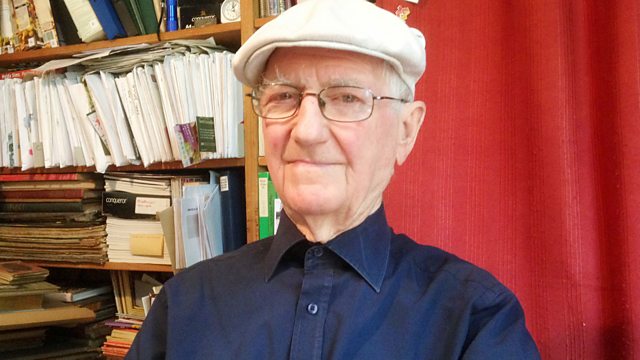 John's Songs - A Day with a Music Hall Master

Singing sensation John Foreman is clearing out his house. We follow this inimitable Londoner as he reflects on music, mortality and the city around him.

Born near Euston Station in 1931, John Foreman is a singer of Music Hall songs, folk songs and more. He has been singing at clubs across Britain since the great folk revival of the 1950s.

Recovering well from a recent stroke, John has decided to clear out his North London home. We join him as he picks through a lifetime of memorabilia and his own beautiful self-printed songsheets, hearing him burst into song.

The golden era of the Music Hall had long gone by the time John was born, but he learned a vast number of songs from his parents, from neighbours and from friends. He went on to sing at folk clubs throughout the country and became one of the founding members of the British Music Hall Society.

John's forebears include clowns, circus ringmasters and dancers. After a childhood in the blitz, he worked as a teacher, busker and Punch and Judy man. As The Broadsheet King, he has printed and bound countless pamphlets, songsheets and books. We eavesdrop as John looks back on his life and the songs that he has loved.