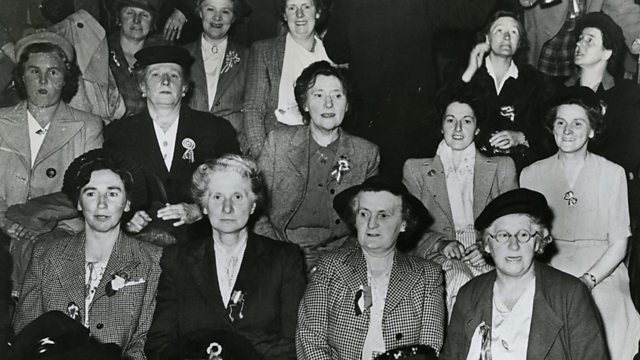 In 1945, angry housewives formed a group to fight austerity and the welfare state. This is the starting point for an analysis of the housewife's shifting power and politics.

In 1945 thousands of angry housewives formed a group to fight austerity and a Welfare State that they believed was "not in the interests of a free and happy home life". This militant battle is the starting point for an analysis of the housewife; her politics, economics and shifting power down the decades. How did the focus on feminism and the working mother, change the way society viewed her? And, has the housewife now embarked on a fight back? "Having it all" in practice seems to mean being exhausted, on the wrong side of the gender pay gap, and spending most of your income paying someone else to look after your children. Jo Fidgen delves into the archive, from the post-war period right through to today's knicker-twisting discussions over how to talk to, and about, women in the home.
Producer: Rosamund Jones