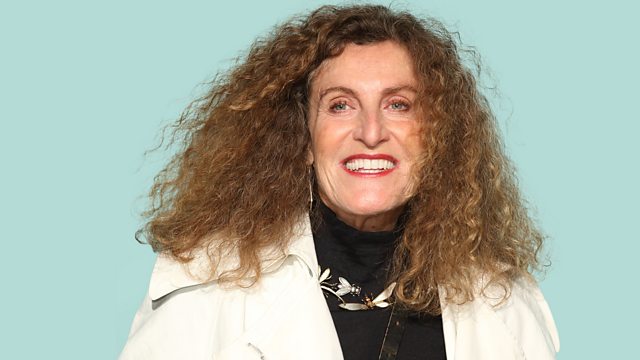 Kirsty Young's castaway is the designer and sculptor Nicole Farhi.

Born into a Turkish family in France, Nicole's interest in fashion was present from an early age. As a child, she used to design clothes for her paper dolls; as a teenager, she was taken to couture shows in Paris by her stylish aunts.

Aged eighteen, she enrolled in fashion school in Paris and began selling her design sketches to earn a little pocket money, thus setting out on a career as a freelance designer. In the early 1970s, she met the British entrepreneur Stephen Marks who was just starting the retail chain French Connection where she became chief designer, and it was he who encouraged her to set up her eponymous label in 1982. Her fashion empire would eventually extend to New York, London and Tokyo before being sold in 2010, and Nicole herself left the business in 2012.

Since retiring from fashion, Nicole Farhi has dedicated herself to her other passion - sculpture. She sculpts predominantly in clay and then casts her works in different materials including glass, bronze and concrete.

She has been married to the playwright Sir David Hare since 1992.

See all clips from Nicole Farhi (2)