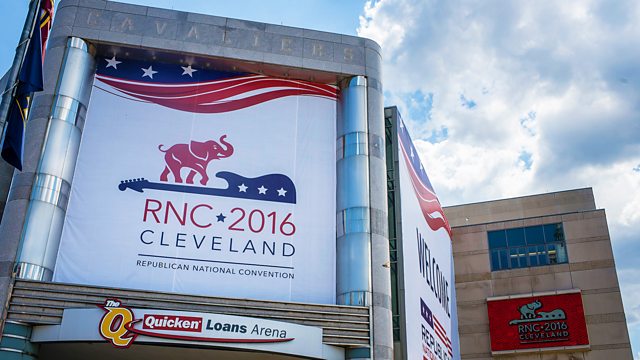 Stories from the Republican National Congress, Argentina's vast soya farms, Aboriginal lands in Australia, a rock-climbing gym in Ramallah and a classic Russian banya in Karelia.

Kate Adie introduces stories of the land and its people - and how they affect each other - around the world.

Jon Sopel reflects on how Donald Trump is likely to deal with his party at the coming week's Republican National Convention in Cleveland, Ohio. Grace Livingstone unearths some worrying aspects of the vast soya farms which are replacing cattle ranches on Argentina's pampas grasslands.

In Australia, the debate over Aboriginal land rights is still going on: while some groups have been given back their title on paper, Mark Stratton finds there are doubts over how meaningful the reforms will really be. Ed Lewis joins the young Palestinians having their horizons widened at a rock-climbing club in Ramallah.

And Sarah Wheeler hears one woman's quintessentially Russian life story - in the classic Russian setting of a banya, or steam bath, in Karelia.