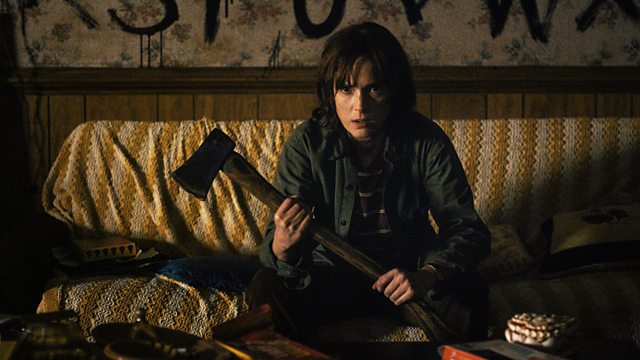 Stranger Things is a Netflix series starring Winona Ryder which tells the story of a supernatural disappearance of a young boy in 1980s Indiana. Kim Newman reviews.

Poet Alice Oswald discusses Falling Awake, her new poetry collection that explores mortality, and why gardening and the classics lead to poetic inspiration.

James Kelman who won the Booker Prize in 1994 for his novel How Late It Was, How Late, discusses his new book Dirt Road, which follows a Scottish teenager and his father on a trip to the American south where they grieve for the teenager's mother and sister who have died of cancer.

On his 82nd birthday the Nobel Prize-winning Nigerian playwright and poet reads from his poem, A Vision of Peace.

Stranger Things is on Nettflix from 15 July.

Images - main image above and to the left: Winona Ryder as Joyce in Stranger Things

Jan Ravens on impersonating Theresa May

James Kelman's book, Dirt Road, is published in hardback and as an ebook on 14 July 2016.