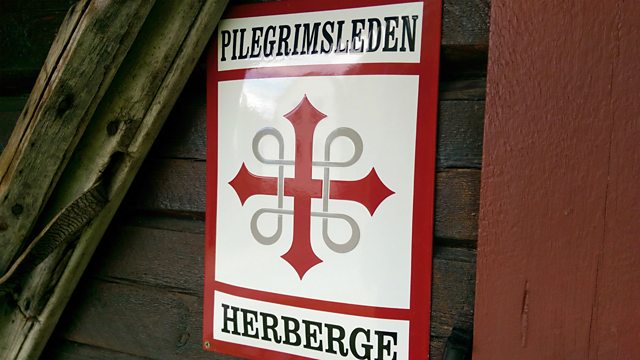 St Olav's Way in Norway, the Church of England's discussion on its 'Vision for Education' at this week's Synod and two Rabbis take a look at a new report on Jewish intermarriage.

Ed Stourton talks to Dallas Morning News reporter Naomi Martin about the mood in the city. Later in the programme, he interviews black pastors from the areas where police killed two black men.

The United Reform Church has become the first major Christian denomination to allow same sex marriage in its churches. We talk to Lee Battle who has had her own wedding on hold waiting for this moment.

A new report by the Institute for Jewish Policy Research has shown that marriage between Jews and non-Jews is at a record high prompting fears about the effect that 'marrying out' is having on the Jewish population in Britain. Rabbi Aaron Goldstein and Rabbi Dovid Lewis discuss the new research.

On Wednesday, students from schools across the country travel to the Houses of Parliament to take part in a debate on what they want from their religious education classes. Two of these students give us a preview of some of their thoughts.

Nigel Genders, the Chief Education Officer for the Church of England, talks about the Church's 'Vision for Education' (a document discussed at this week's Synod). The C of E wants to run a quarter of the free schools planned by the government (i.e. 125 out of 500).

More than 200 women's rights campaigners have sent a letter to the Home Secretary raising serious concerns about the government-appointed independent review into Sharia councils in Britain. Maryam Namazie (who helped to draft the letter) and Mona Siddiqui (chair of the review) discuss.

Shrouds of the Somme, Anti-Semitism Report, A Chaplain's Week at Westminster