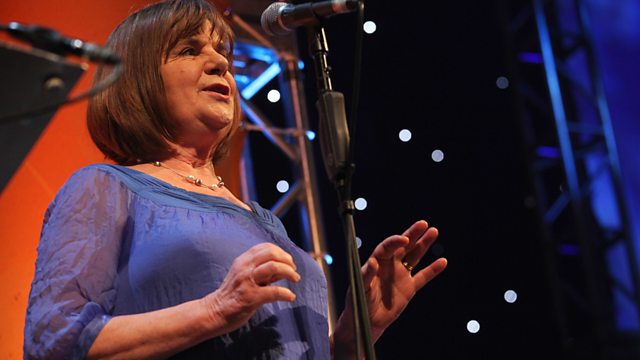 Bestselling children’s author Julia Donaldson talks to Michael Berkeley about her musical passions and how she came to writing via working as a busker in Paris.

Julia Donaldson began her working life busking and writing songs, and when one of her songs became a children’s book, her phenomenally successful career as an author was born. She’s been the biggest selling author in Britain for the last six years. This will come as no surprise to anyone who has anything to do with young children, who adore her vibrant and funny rhyming picture books - which include A Squash and a Squeeze, The Snail and the Whale, and the tale of that much-loved monster, The Gruffalo.

Julia talks to Michael Berkeley about the origins of The Gruffalo – which has sold an astonishing 10 million copies – and the secret of writing for children. She remembers her student days busking with her husband-to-be in Paris and how much they enjoy singing and performing her stories together today.
Julia’s music choices reflect her intensely musical background - her father’s cello playing, her mother’s love of lieder, and her own piano playing in pieces by Schubert, Haydn and Handel. Her love of storytelling is reflected in songs by Georges Brassens and Flanders and Swann.