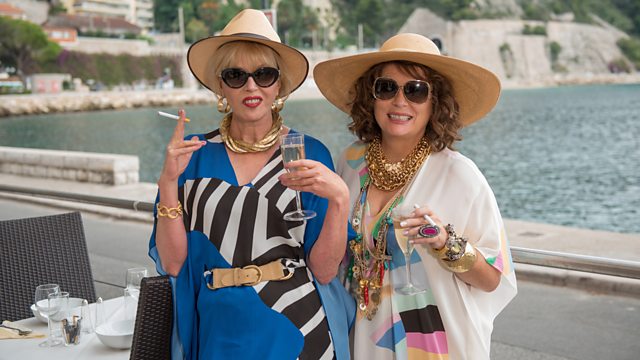 Director Mandie Fletcher discusses the challenges of taking Joanna Lumley, Jennifer Saunders and Absolutely Fabulous from the small to the big screen.

Matthew Sweet celebrates the 100th birthday of Olivia de Havilland, one of last great stars of Hollywood's golden era, whose films include Gone with The Wind and The Heiress.

Penelope Wilton and Sophie Rundel star in a new six-part comedy-drama, Brief Encounters. Set in Sheffield in 1982 - and loosely based on the memoir of the CEO of Ann Summers, Jacqueline Gold - the story centres on the lives of four women whose lives are turned around when they start running parties selling exotic lingerie. Julia Raeside reviews.

As arts organisations around the country begin assessing how the vote to leave the EU might affect their funding and freedom of movement for artists, Darren Henley, chief executive of Arts Council England, discusses what he calls the 'dividends' of a healthy cultural scene for wider society.

Artistic Responses to the Battle of the Somme, from Jeremy Deller to the Caribbean

Absolutely Fabulous: the Movie opens in UK cinemas on 01 July 2016. It is certificate 15.

Images - main image above and image to the left: Jennifer Saunders (Edina Monsoon) and Joanna Lumley (Patsy Stone) in the Ab Fab film.

Darren Henley's book, The Arts Dividend: Why Investment in Culture Pays is published in paperback and as an ebook from 30 June 2016.