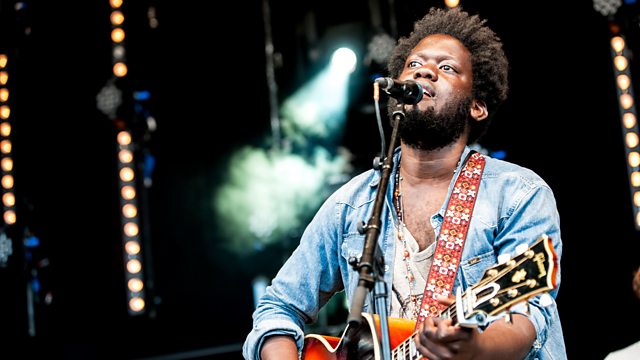 Arts news, interviews and reviews. John Wilson talks to musician Michael Kiwanuka about his new album. Plus a look at the depiction of war in films.

John Wilson talks to the soul musician Michael Kiwanuka, whose new album Love and Hate is inspired by the feeling of being separated from the world around him.

Film critic Tim Robey and historian Jeffrey Richards consider the depiction of war on film from The Battle of the Somme to Restrepo, reflected in a new exhibition at the Imperial War Museum.

All The Way is a feature-length political drama starring Bryan Cranston as Lyndon B Johnson in his early days as US President. Kit Davis reviews.

Real to Reel: A Century of War Movies

Colour storyboard artwork of the famous helicopter attack scene from Apocalypse Now.  Real to Reel is showing at the Imperial War Museum, London from 1 July to 8 January 2017.
Image credit: courtesy of American Zoetrope

All the Way begins on Sky Atlantic on 29 July at 9pm.