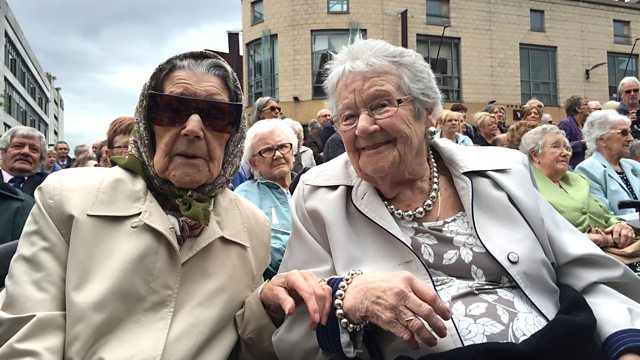 A new statue commemorates the work of Sheffield women during the war. Plus Lauren Weisberger on her new book. With Jenni Murray.

A new statue has been unveiled in Sheffield city centre recognising the work of the Sheffield women who worked in the factories and steel mills during the First and Second World Wars. Our reporter Caz Graham attended the event and spoke to some of the women about their experiences.

Lauren Weisberger author of the international bestseller, The Devil Wears Prada, on her new book, The Singles Game, which looks at the world of professional tennis.

Natalie Reynolds a negotiator who has advised the UN, the UK Government and big business on strategies for negotiation gives her advice and experience on negotiating big deals

Debbie Bestwick, the CEO of gaming label Team17 who this month was awarded an MBE for her services to the computer gaming industry, on her thirty years career and her involvement in classic computer games such as the Worms franchise.