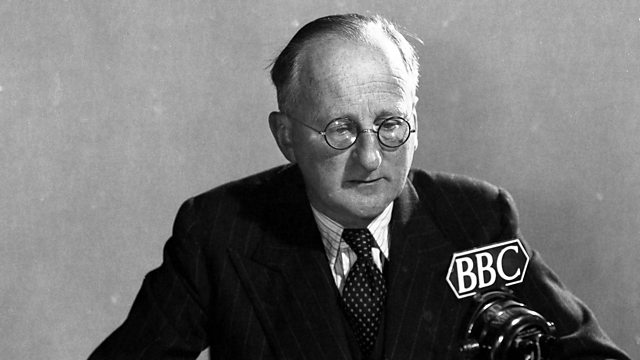 Tom Dyckhoff goes in search of Nikolaus Pevsner, the art historian and perennial outsider who did more than anyone else to open our eyes to the art and architecture of Britain.

Tom Dyckhoff goes in search of Sir Nikolaus Pevsner, the art historian and perennial outsider who did more than anyone else in recent memory to open our eyes to the art and architecture of Britain.

"Englishness is the purpose of my journey," Nikolaus Pevsner wrote to his wife in 1930 on his first trip to this country at the age of 28.

It might stand as an emblem for the rest of his working life.

Pevsner was an arch-classifier - rigorous and systematic - and when he turned his gaze towards architecture he saw not just buildings but a morality play – a story of identity, of imagined pasts and possible futures.

Arguably his greatest achievement - and the one for which he's best remembered - is the Buildings of England series of guidebooks.

For nearly thirty years Pevsner buckled up and took to the highways and by-ways on an obsessive architectural stock take that covered the whole of England, county by county. The 46 volumes he put together combine into a kind of an architectural Domesday Book – the most detailed inventory of British architecture ever published. The Buildings of Scotland and Wales would follow. The series is still on-going, still being revised and updated.

Guidebooks, churches, country houses. Cosy stuff. But there are bigger things at stake when we look back at Pevsner's life and work. It provides a lens through which to view ourselves - and to think about how others see us. And Pevsner may seem like a nostalgic, tweedy figure from a distance, but up close we can see - and hear - someone much more interesting than that.

Sir Nikolaus worked his way to the centre of British society, living through a testing of what it meant to be English and British, during the Second World War. But he never stopped being an outsider.

Roald Dahl: In His Own Words