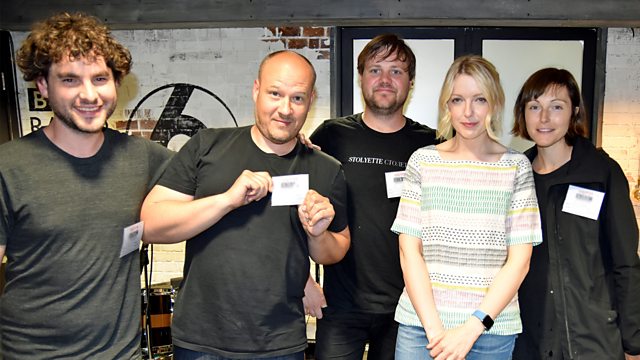 With Polica live in session

Lauren Laverne has a live session from Polica featuring tracks from their new album, United Crushers, plus more new music in the Just Added playlist and a Headphones Moment.

Poliça are in the Live Room with tracks from their new album 'United Crushers'. The Minneapolis four-piece are swinging by ahead of a couple of summer festival appearances. 'United Crushers' displays a new depth to their signature synth laden, percussion-heavy sound and was released on Memphis Industries in March. It follows 2012's 'Give You The Ghost' and 2013's 'Shulamith' and the band will return to the UK in October for a headline tour for the record.

As it's Wednesday we'll also be sharing another listener Memory Tape and putting more new music on our Just Added playlist.

With the People's Playlist