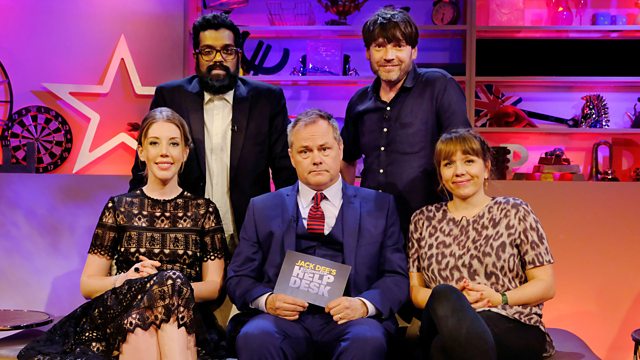 Offering viewers a light comedic take on the EU Referendum, Jack Dee's Referendum HelpDesk sees the comedian-turned-agony-uncle help a live studio audience dispel their problems and aims to shed light on their dilemmas and issues relating to this historic event in British politics.

In each episode, Jack will be accompanied by a panel of four special comedic guests. Nothing is written or prepared and the panel don't know what the questions from the audience will be until the show begins.