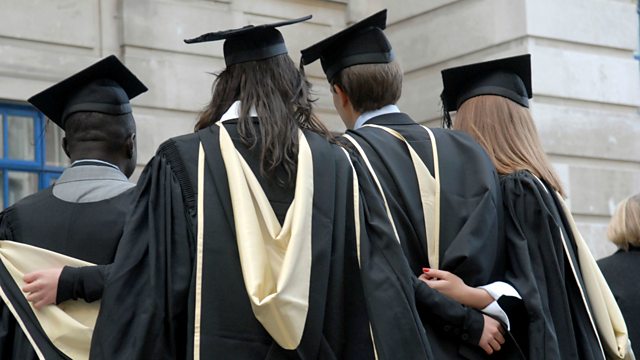 Philip Dodd debates "Universities - therapy or learning?". New Generation Thinker Dr Seán Williams looks at the history of the university as a space for thought, considering the arguments put forward by Frederick Nietzsche. Dr Seán Williams is at the University of Sheffield's School of Languages and Cultures. He is an expert on German and Comparative Literature and is currently researching a cultural history of hairdressing.

Dr Matt Lodder, Lecturer in Contemporary Art and Visual Culture at the University of Essex and Dr Joanna Williams, education editor of Spiked Online and former Director of the Study for Higher Education at the University of Kent discuss what is happening in academia and what it means.

Frederick Nietzsche's 1872 series of lectures On the Future of Our Educational Institutions have been republished under the title Anti-Education.
Remainder is released on 24th June 2016.

Hands, Physiology and Art, the History of Science