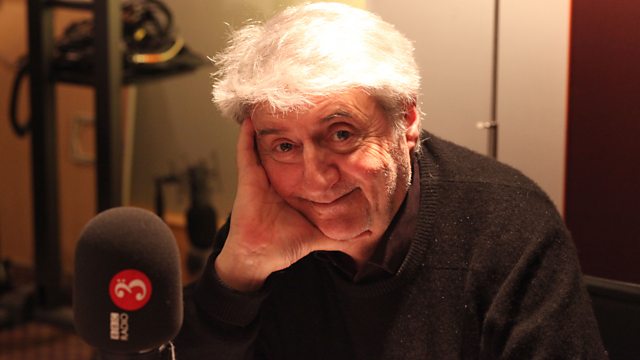 9am
My favourite... tenor arias. Throughout the week Rob shares some of his favourite tenor arias, with voices both familiar (Franco Corelli, Richard Tucker and the legendary Carlo Bergonzi) and unfamiliar (Bruno Prevedi and Flaviano Labo). The repertoire ranges from the touching simplicity of Pergolesi's 'Nina' to the searing melodrama of Leoncavallo's 'Vesti la giubba', via Verdi, Giordano and Ponchielli.

10am
Rob's guest this week is the Tony Award-winning and Oscar-nominated actor, writer and director Tom Conti. Famous internationally for his roles in films such as Shirley Valentine, Reuben, Reuben and The Dark Knight Rises, Tom was recently voted the most popular actor in the West End in the last 25 years. Tom talks about his career-defining acting roles and shares a selection of his favourite classical music, including works by Donizetti, Handel and Verdi, every day at 10am.

10.30am
Music in Time: Modern
Rob places Music in Time as he explores the Modern era and Zoltán Kodály's passionately nationalistic Psalmus Hungaricus, commissioned to mark the 50th anniversary of the union of the cities of Buda, Pest and Óbuda. In the event, it also marked the beginning of his international reputation as a composer.

11am
Rob's artist of the week is Daniil Shafran, the 'other' great Russian cellist, who Rob considers to have a more individual style than the better-known Rostropovich. Shafran is deliciously quick-witted in the Shostakovich Sonata, passionate in Brahms's 2nd, and profoundly responsive to the voices of Beethoven, Chopin and Rachmaninov. His tone, full and sensual, was quite unlike anyone else's.