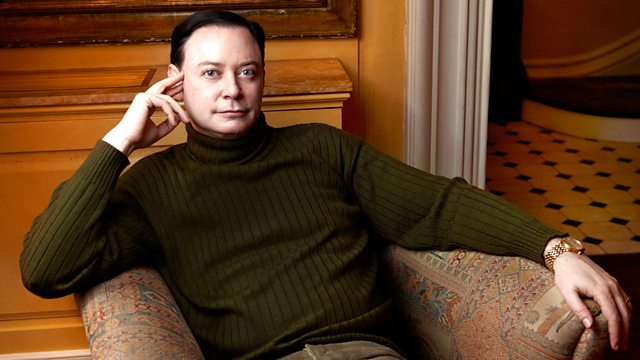 Andrew Solomon is Professor of Clinical Psychology at Columbia Medical Centre in New York, and a writer with a wide-ranging interest in families. He spent ten years talking to parents who faced extraordinary challenges, because their children had turned out so very different from them: either through disabilities, or because they were musical prodigies - or because they had committed serious crimes. The resulting book, "Far From the Tree - Parents, Children, and the Search for Identity" has won many awards, and millions of people have watched Solomon's TED talks. Solomon first made an impact with another prize-winning book, about depression, "The Noonday Demon", a moving account of his own illness.

In Private Passions, Andrew Solomon talks to Michael Berkeley about how both books are grounded in his own experience; he had a hard time growing up, and being accepted by his parents - and his peers - as gay. He reveals that at one point he was so depressed that he couldn't get out of bed, and thought he'd had a stroke. It was his father's love and care which saved him. He talks too about how he met his husband, and became a father himself - albeit as part of a marvellously complex and unconventional family.