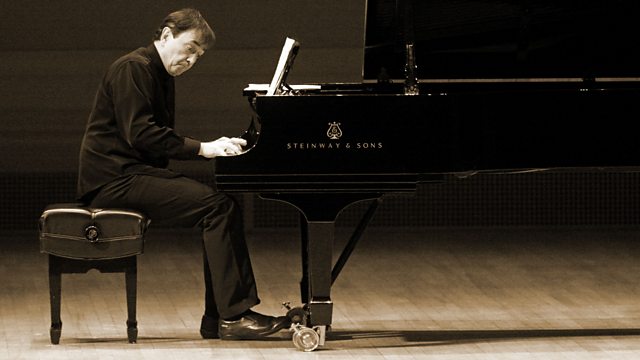 As he starts his journey through Messiaen's "Catalogue d'Oiseaux", pianist Pierre-Laurent Aimard will take up the baton from the dawn chorus as the sun rises over the Alde Estuary in Suffolk.

Tom McKinney presents the first of four live broadcasts from the Aldeburgh Festival today, in which Pierre-Laurent Aimard performs Messiaen's set of thirteen piano pieces based on bird calls that he composed in the late 1950s. These three movements: Le Traquet stapazin (black-eared wheatear), La Bouscarle (Cetti's warbler) and Le Traquet rieur (black wheatear) are not simply transciptions of birdsong - they are tone poems for the piano, evoking the landscape, its colours and atmosphere. And what better setting than the marshes behind the concert hall at Snape Maltings in Suffolk.

After the concert ends, at 5.15 am, Tom McKinney continues his exploration of music associated with birds, including recordings of Warlock's The Curlew, Rautavaara's Cantus Arcticus, Sibelius's The Swan of Tuonela and Jonathan Harvey's Bird Concerto with Pianosong.

See all episodes from Catalogue d'Oiseaux

Up with the lark 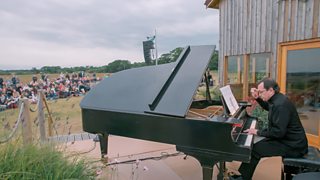 The composer who took a cue from birdsong 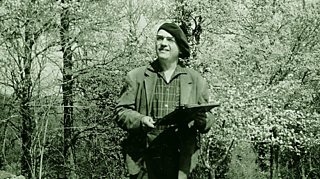 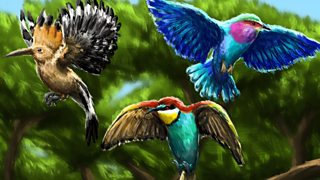 The best of British birdsong with music inspired by the natural world.