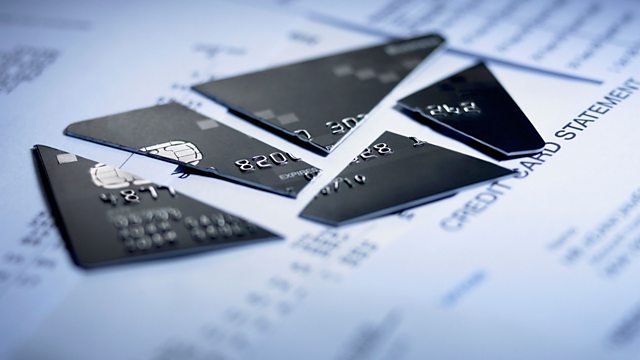 The Plastic Revolution: 50 Years of the Credit Card

Kamal Ahmed tells the story of how the UK got its first credit card. Set up in six months and sold on a six-page document, it killed the bank manager and changed UK society.

CORRECTION:
This programme contains an extract from an archive programme mistakenly attributed to Sid Brittin. The speaker should have been identified as former bank manager, Ray Pearce.

The remarkable story of how a six page document and an investment of just £20,000 became the first steps on a road that changed British society forever.

In 1966, the UK saw the introduction of the credit card, and customers could start to buy with money they had yet to earn. This idea would gather momentum and not just sweep away post-war austerity, but help create a culture that has led to UK average credit card and loan debt standing at over 25% of income.

In the autumn of 1965, Derek Wilde of Barclays came back from California, having licensed the rights to use Bank Of America's credit card software for a trifling £20,000. He sold the concept of a credit card to his board with just a six page document, and claimed he could introduce the card in six months. This audacious idea had no business plan or market research. They didn't pilot the scheme, and didn't even have a computer capable of handling the business.

At first, everyone else hated the idea. The retailers didn't want the bother, consumers complained about being sent cards they didn't want, and the branch bank managers certainly didn't like it as decisions about who was allowed to have a card and how much credit they were to be given were taken at the Barclaycard HQ in Northampton.

Instead of an army of risk averse branch managers, a centralised decision making process became subject to pressures to increase profits - leading to an ever greater need to lend.

Interviewees include Amer Sajed, the CEO of Barclaycard, and Joanna Elson of the Money Advice Trust charity.