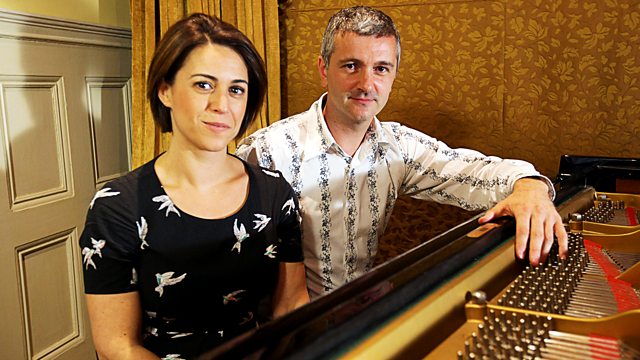 Revolution and Romance: Musical Masters of the 19th Century
Episode 3 of 3

Suzy Klein examines how the music of the 19th century was able to flourish through economic and social change, as well as a technological revolution.

Music was both transformed and transformative in the 19th century. It burst out of court, church and tavern into the world and became a universal soundscape, transcending language and borders. This revolution was made possible by economic and social change, and by a technological revolution.

The 19th century witnessed advances in communication that made the world a smaller place. People could travel by train and steamship with ease across the globe. At the close of the century hundreds of thousands came to the great Paris Exposition of 1889 - the centenary of the French Revolution - to witness the latest inventions and marvel at the strange cultures that came to make music in the temporary halls and theatres on the Champ de Mars.

They heard the music of the Orient, they listened to recording devices, they saw the future. Composers such as Claude Debussy were profoundly influenced by the sounds of the east, in particular the Balinese gamelan. With its non-European harmony and rhythm, such music offered western composers new musical horizons and a way to innovate and escape from the high romanticism of Richard Wagner.

But it was not only the music of the east that inspired the new composers. Developments in manufacturing were changing instruments and creating new ones - exemplified by the saxophone. Suzy witnesses a 'battle of the bands' in which the new and versatile instrument demonstrates its capabilities and - for the luddites - its threatening versatility. And in the spirit of the new age she makes her first recording on a vintage phonograph, one of the earliest recording machines. To our ears they may lack quality, but they were mind-blowing to those who first heard them - and they presaged a new future of recorded music that is still with us today.

See all episodes from Revolution and Romance: Musical Masters of the 19th Century