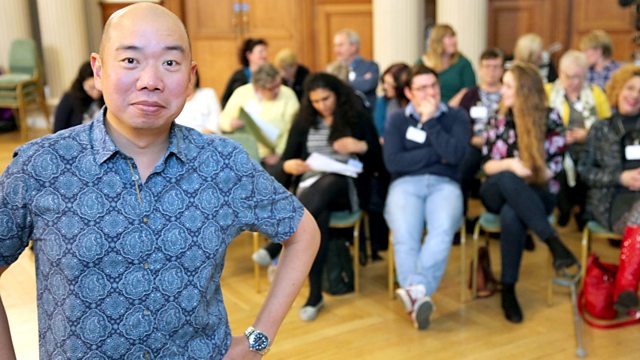 Why Are We Getting So Fat?

Dr Giles Yeo investigates obesity in the UK. Many people believe that if people could just eat less, the obesity problem would be solved, but this may be harder than it sounds.

Over 62 per cent of adults in the UK are currently overweight or obese and this figure is set to rise. A common attitude is that obese people should be ashamed - it is their fault, they have no will power and if they could just 'eat less and exercise more', the problem would soon be solved. Yet, despite millions of pounds being spent on this simple message, the UK is getting fatter every year.

Cambridge geneticist Dr Giles Yeo believes that for many obese people, simply eating less is a lot harder than you might think - and he is taking a road trip around the UK and America to uncover why. He meets the real people behind some of the more shocking newspaper headlines and, through their stories, reveals surprising truths which dispel commonly held myths about obesity. He gains access to scientists and doctors trialling cutting-edge techniques to tackle the crisis - from a 'miracle' hormone injection to a transfusion of faecal matter, and even learns a thing or two about his own size and relationship with food.

The Wildest Weather in the Universe—2016

See all clips from Why Are We Getting So Fat? (3)