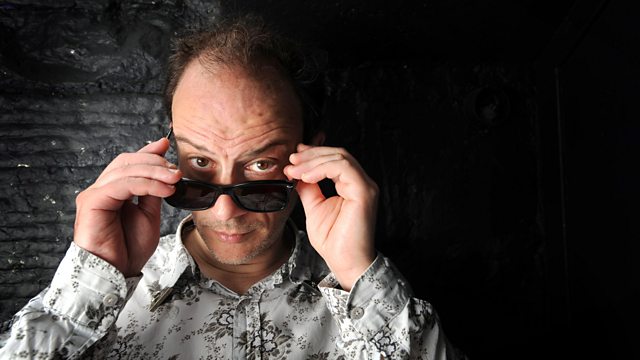 The Lach Chronicles Series 3
Episode 1 of 4

4 Extra Debut. The host of the longest running open mic night in NYC now lives in Scotland and recalls a tough gig in Tokyo. From 2016.

Lach was the King of Manhattan’s East Village and host of the longest running open mic night in New York. He now lives in Scotland and finds himself back at square one, playing in a dive bar on the wrong side of Edinburgh.

His night, held in various venues around New York, was called the Antihoot. Never quite fitting in and lost somewhere lonely between folk and punk music, Lach started the Antifolk movement. He played host to Suzanne Vega, Jeff Buckley and many others. He discovered and nurtured lots of talent including Beck, Regina Spektor and the Moldy Peaches- but nobody discovered him.

In this episode, Lach remembers a time he played a gig in Tokyo. Things didn’t go to plan.

Written and performed by Lach.

A Dabster production for BBC Radio 4 first broadcast in June 2016.

Weird Association for the Blind—Series 3

See all episodes from The Lach Chronicles