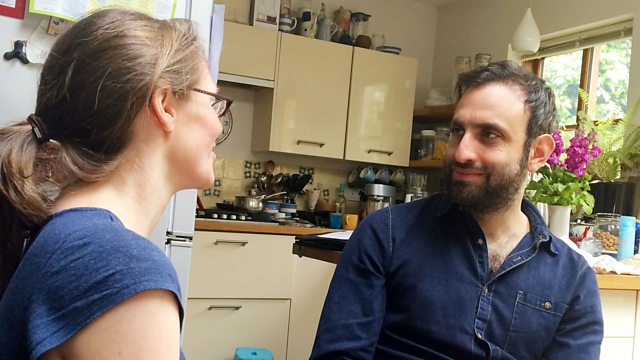 Tim Samuels goes in search of alternative relationships and meets women who have ditched traditional monogamy. He meets Helen, a mother of two and partner of none.

Tim Samuels goes in search of alternative relationships and meets women who have ditched traditional monogamy in favour of part-time, polygamous and pragmatic love.

Tim recently wrote about the challenges of being a 21st century man, including how monogamy can be a struggle. He's not the first man to feel it could run counter to men's biological make-up. And these days, in heterosexual couple break ups, female infidelity is just as likely to be cited as a cause for divorce as the male half of the partnership straying.

Tim says we are now living in a world where religion has lost its grip, women are freer than ever before to express their sexuality without male diktats, and we are continually evolving and adapting to changing times. He's long been interested in alternatives to monogamy, and now he wants to hear about some actual examples.

In the first of his three programmes for One to One, Tim meets Helen who has ripped up the relationship rules to find a model that works for her. She is a mother of two, but partner of none.

The producer is Perminder Khatkar.