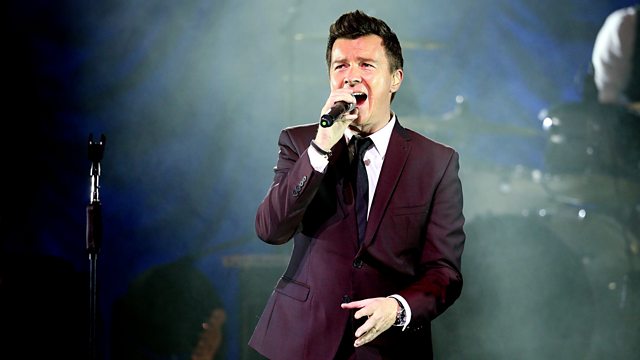 Extraordinary stories, unusual people and a sideways look at the world.

Rick Astley rolls into the studio to talk to Aasmah Mir and Rev Richard Coles about his comeback album, what it's like to be at the top of the charts the second time round and why he drives to as many different concerts as possible even if they are abroad.

Police Sergeant Colin Taylor reveals the trials of policing one of Britain's most remote communities on the Scilly Isles.

Professional clown Dan Lees discusses his experiences of performing for children in refugee camps as part of the Clown Without Borders ensemble and why he thinks clowns are the most misunderstood of theatrical performers.

Lido lover and Saturday Live listener Sarah Thelwall on why she is planning to swim in every open air pool in the UK.