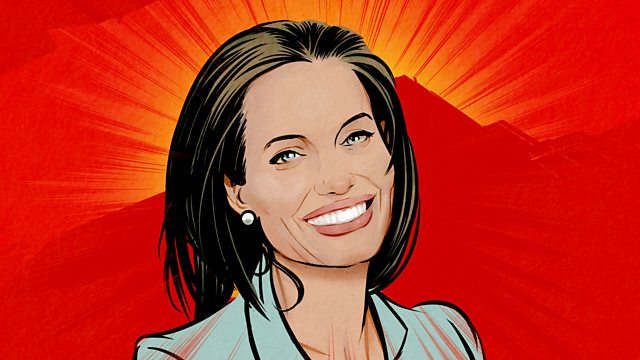 Guest editor Angelina Jolie Pitt focuses on the health of women who live in refugee camps and the stigma surrounding women subjected to sexual violence in conflict.

Guest editor Angelina Jolie Pitt brings her focus to health in refugee camps. How do women cope with something like a difficult pregnancy or everyday conditions like asthma? We hear from Esther Nyambu, who works in emergency reproductive health with the IRC (International Rescue Committee), an international aid organisation. She's worked most recently in South Sudan. We also speak to Dr Renee Bou Raad from the medical charity MSF who works with women in camps in Lebanon.

Sexual violence in conflict is a feature of many current and past wars. What's being done to help those who survive what's often described as conflict rape, then find themselves stigmatised and shunned by their communities? How do they speak out about what's happened to them? Jenni talks to Helen Durham from the International Committee of the Red Cross about what they're doing on the ground in areas like Syria, the Democratic Republic of Congo, and Afghanistan, and to the Kosovan/British artist Alketa Xhafa Mripa who uses the symbol of dresses aired on a washing line to raise awareness and fight stigma.

Any mother of a teenage son might welcome the chance to collaborate on a project. What's it been like for Angelina to work with her 14 year old son Maddox, adopted from Cambodia, on a film about the home of his birth?