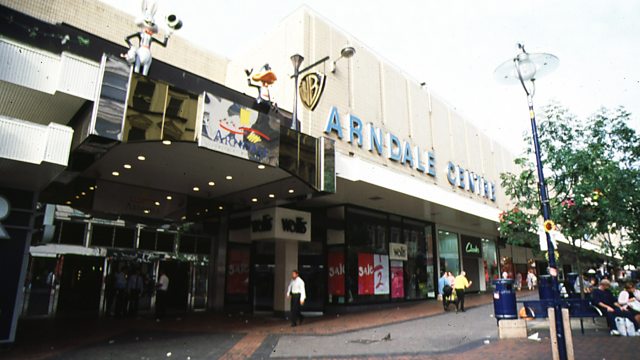 The Bomb That Made Manchester?

For many Mancunians, the city's renaissance can be traced back to the IRA bomb in 1996. Michael Symmons Roberts asks whether that creation myth for Manchester holds any merit.

The massive regeneration of Manchester has happened so rapidly - arguably outstripping that of any other British city in recent years - that it's only natural that its population looks for a reason to explain it. The simplest, and the one that's taken hold most profoundly, is that the 1996 IRA bomb that destroyed a large section of the city centre provided the essential catalyst for the renaissance that has subsequently taken place. Although nearly two hundred people were injured, there were no fatalities on the day; combined with the fact that much of the damage centred on the widely disliked Arndale Shopping Centre, people soon began to talk of this as an opportunity rather than a tragedy. Michael Symmons Roberts sets out to investigate whether it was in fact the bomb that did it, or whether the changes that have happened would have done so anyway, just at a slower rate - after all, bold projects were already underway in Manchester, most notably the successful bid to host the Commonwealth Games. Michael goes back over the archive, listening to not just reports from the day but also the debates around city planning more generally that were triggered by the devastation wreaked by the bomb - and finds out the extent to which Manchester's success offers a template for other cities, like Detroit and Christchurch, that have faced devastating blows.

A Guide to the Modern Snob