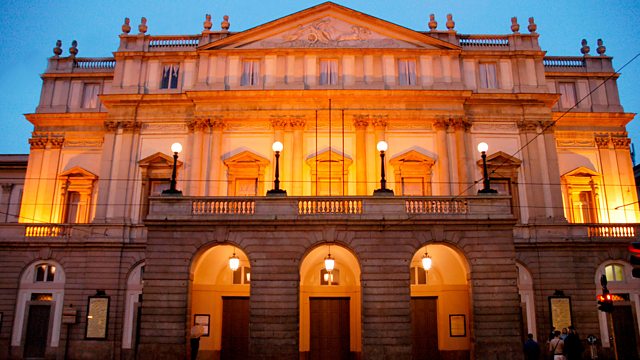 Travelling to both Brazil and Milan, Fabio Zanon tells how Brazilian mixed-race composer Carlos Gomes conquered La Scala in the 19th century, becoming a hero at home too.

Travelling to both Brazil and Milan, the musician and broadcaster Fabio Zanon tells the remarkable story of the mixed-race Brazilian composer Carlos Gomes, who conquered La Scala in the second half of the 19th century with operas in the Italian style, yet full of the exotic flavours of his homeland, such as Il Guarany and Lo Schiavo (The Slave). The programme explores the nature of his success, which was due to his natural talent, to the connections he was able to make in Italian circles, and also - in no small measure - to his personal physical appearance. Gomes, who lived in Italy for three decades, kept travelling back to Brazil to show his work and to be in touch with the tense political and social situation in the country as a new republic, free of slavery, was emerging. He became an unprecedented national hero in the process, but as the programme examines, his image experienced a dramatic change during the early 20th century, when new nationalistic winds favoured a different kind of music. It's only recently that his image has been restored nearly to his former glory, not least by the efforts of people like Placido Domingo, who has starred in international mega-productions of Il Guarany, on both sides of the Atlantic.

God Intoxicated Man - The Life and Times of Benedict Spinoza

An Explosion of Geraniums - The International Surrealist Exhibition of 1936