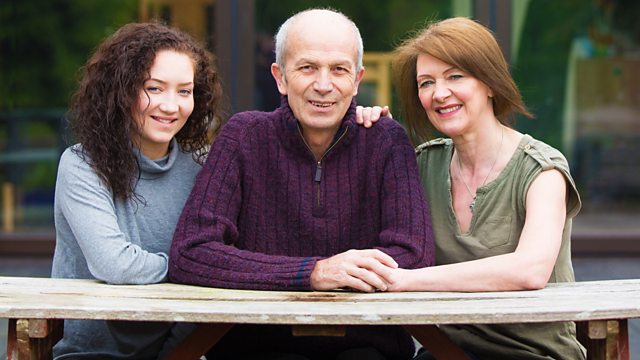 A powerful, multi-textured documentary filmed over almost two years following a 55-year-old man and his family as they come to terms with his Alzheimer's diagnosis.

In a powerful, multi-textured documentary filmed over almost two years, one family living with dementia reveals what life is really like behind closed doors. Using CCTV cameras, video diaries and a small, immersive film crew, the programme follows 55-year-old Chris Roberts from north Wales as he, his wife Jayne and his youngest daughter Kate come to terms with his Alzheimer's diagnosis. From making the decision to choose his own care home to writing a living will, getting lost in his own house and not recognising his family, Chris chronicles his changing life as his independence slips away. Once a businessman and a keen biker, he now struggles to walk and talk - his life is beset by frustration, yet his remarkable insight allows us into his world.