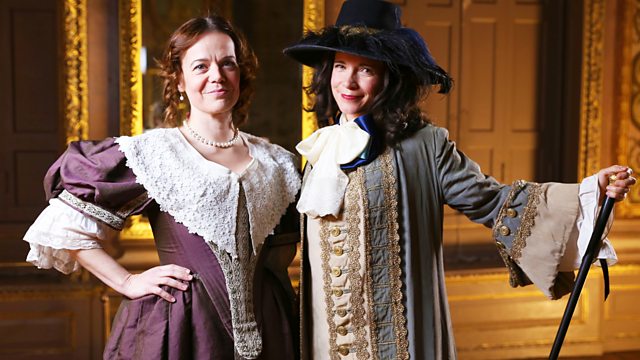 Lucy Worsley and Helen Castor tell the real-life stories behind one of the world's grandest buildings, revealing the Machiavellian world that Louis XIV created and inhabited.

As BBC Two premieres its lavish new period drama set in the sumptuous surroundings of Versailles, Lucy Worsley and Helen Castor tell the real-life stories behind one of the world's grandest buildings. They reveal in vivid detail the colourful world of sex, drama and intrigue that Louis XIV and his courtiers inhabited.

Our historians meet the real people behind the on-screen characters. They discover what drove Louis XIV to glorify his reign on a scale unmatched by any previous monarch, examine the tension between Louis and his only brother Philippe, an overt homosexual and battle hero, and they meet the coterie of women who competed for Louis's attention.

As Lucy and Helen show, Louis XIV was ruthless in his pursuit of glory and succeeded in defeating his enemies. In his record-breaking 72-year reign, France became renowned for its culture and sophistication.

See all clips from The Real Versailles (3)

Could you be a courtier to the Sun King at Versailles? 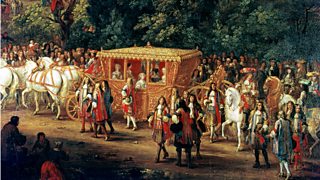 Could you navigate the complex world of courtly customs & become a confidant of the king? 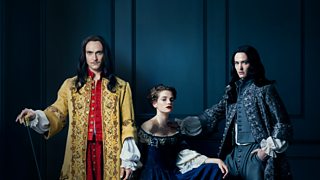