Close menu
BBC Four
Damien Hirst and Jeff Koons Side by Side: The Interview
Main content 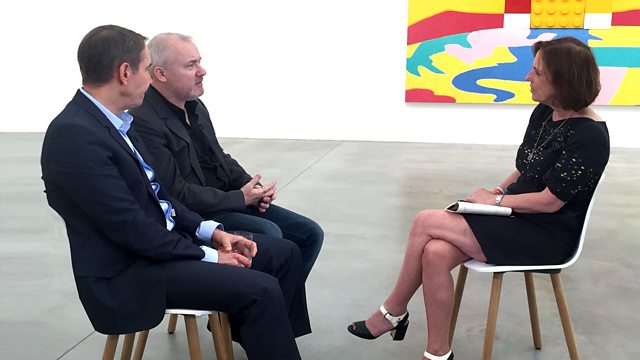 Damien Hirst and Jeff Koons Side by Side: The Interview

Artists Damien Hirst and Jeff Koons, who started out as rebels and became part of the art establishment, talk about their mutual appreciation and their belief in the power of art.

In this exclusive television interview, Kirsty Wark meets two of the biggest stars of the modern art world, Damien Hirst and Jeff Koons.

The occasion is a major new exhibition of Koons's work collected and curated by Hirst at his new gallery in London's Vauxhall. In an intimate and revealing interview, Hirst and Koons talk about how they first met and fell in love with each other's work.

Both started out as rebels who provoked outrage. Now they are part of the art establishment and among the richest artists in the world. But, as Wark discovers, they retain their passionate belief in the power of art.