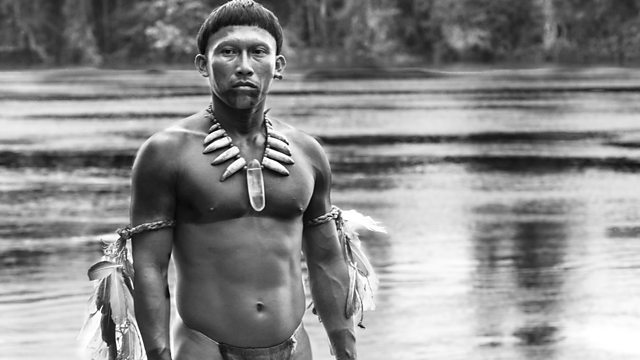 Embrace Of The Serpent; I Am Belfast

Film-maker Mark Cousins and composer David Holmes discuss their documentary I Am Belfast and reveal why they rarely went to the cinema at the height of The Troubles.

How virtual reality puts us in the shoes of someone with epilepsy, a migrant living in the so-called Calais Jungle, and an Irishman caught up in the Easter Rising in 1916. These are three of the films nominated for the first VR awards at this week's Sheffield Documentary Festival.

The Amazon makes up almost half of Columbia and yet very much is known about the jungle in the rest of the country. Film-maker Ciro Guerra has tried to put that right with his drama Embrace Of The Serpent, and he tells Francine how he taught indigenous people to act and why his leading man is one of the last people in the world to speak his particular language.

Easter Rising: Voice Of A Rebel

You can watch the trailer for Easter Rising: Voice Of A Rebel here, and watch more VR films from the BBC here:

In My Shoes: Dancing With Myself

Find out more about In My Shoes: Dancing With Myself here.

Find out more about the Home: Amir here.