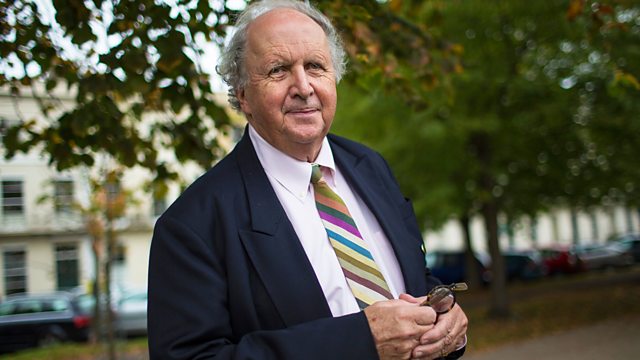 Get Playing: Alexander McCall Smith on the saxophone and the Really Terrible Orchestra

The Essay Get Playing
Episode 5 of 5

As part of the BBC Music Get Playing scheme, author Alexander McCall Smith describes how he learned to play saxophone and formed the Really Terrible Orchestra.

As part of BBC Music Get Playing, supporting amateur music making around the UK this summer, 5 leading writers and artists contribute an Essay in this series, in which they talk about their little-known passions for playing an instrument.

In the final programme of the series, the writer Alexander McCall Smith, author of "The No 1 Ladies' Detective Agency" describes how he learned to play saxophone which led to him starting The Really Terrible Orchestra.

His career as an amateur saxophonist began with lessons' from his wife's flute teacher and then, during a stay in the US, he began to assemble a collection of saxophones, including a fine bass instrument.

After returning home to Edinburgh, Alexander decided that he should encourage other amateur musicians to play together, no matter what their standard, and the Really Terrible Orchestra was born. In spite of its name, it has performed in concert halls to packed houses.