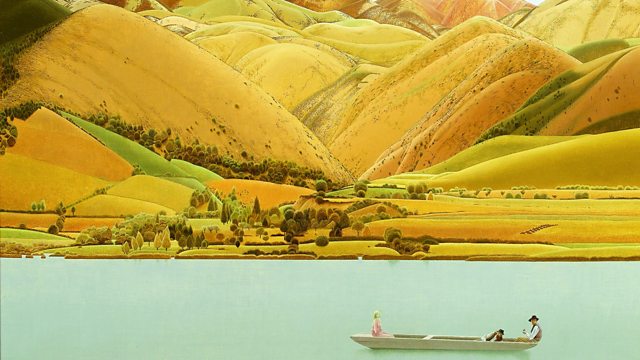 Terrence Rattigan's post-war classic Deep Blue Sea opens in a new production at London's NationalTheatre; dealing with need, loneliness and long-repressed passion. Directed by Carrie Cracknell with Helen McRory as Hester
Fire At Sea is the Italian documentary which won The Golden Bear at this year's Berlin Film festival. Set on the Sicilian Island of Lampedusa, it examines the lives of the locals and the migrants who land there.
Edmund White's novel Our Young Man is a work of gay fiction set in the world of modelling in 1980s New York, with an apparently-ageless central character and the spectre of AIDS on the horizon.
Dulwich Picture Gallery is staging an exhibition of the works of early 20th century painter British Winifred Knights
We consider a couple of recent supernatural/horror TV dramas - Outcast and Preacher.

The Deep Blue Sea is at the National Theatre in London until 21 September 2016.

Fire at Sea is in cinemas now, certificate 12A.

Image above and left: Winifred Knights, Landscape study for Edge of Abruzzi; boat with three people on a lake, 1924, Thinned oil over pen and ink on tracing paper, 28 x 38 cm, Private Collection. © The Estate of Winifred Knights

Our Young Man by Edmund White is available in hardback and ebook now.

Outcast continues on Fox on Tuesday 14 June at 10pm

The first three episodes of Preacher are available to watch on Amazon Prime now, with a new episode available every Monday.