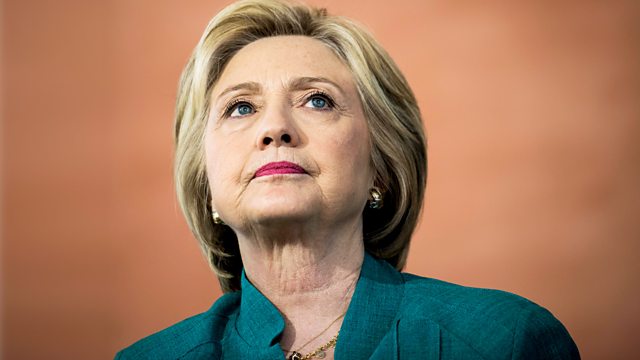 What do African-American women make of Hillary Clinton? Elisa Lasowski

Programme that offers a female perspective on the world, with Jane Garvey. What do US women make of Hillary Clinton? And Jane speaks to Versailles actress Elisa Lasowski.

What do US women make of Hillary Clinton? Can we assume that just because she would be the first female president of the United States, she will automatically get most women's votes? How great is her appeal to Black women? We discuss the issues on female voters minds.

French actress Elisa Lasowski has appeared in some critically acclaimed British films. Her latest television role as Marie-Therese, wife of the philandering Louis XIV in the BBC drama Versailles that has just started, has attracted critical attention. Jane talks to Elisa about her new part.

What is it really like when a partner passes away? And does the status of the relationship make a difference? Emma Barnett speaks to three women who share their own experiences
A group of women were employed to paint dials with radium in 1920's America. They licked the brushes they used to sharpen the point, the radium dust was everywhere in the workshop and when they went home at night they were glowing. Many developed health problems, and some died. A handful of the women campaigned to get their employers to admit liability, but it took until 1938 to get justice. Kate Moore tells their story in her new book.

k.d Lang talks about the collaboration on her new album.