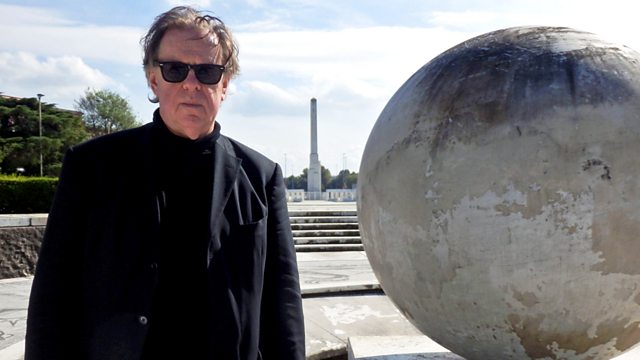 Jonathan Meades investigates the architecture of Mussolini's Italy. He finds a dictator caught between the forces of modernism and a revivalism that harked back to ancient Rome.

Having previously investigated the architecture of Hitler and Stalin's regimes, Jonathan Meades turns his attention to another notorious 20th-century European dictator, Mussolini.

His travels take him to Rome, Milan, Genoa, the new town of Sabaudia and the vast military memorials of Redipuglia and Monte Grappa.

When it comes to the buildings of the fascist era, Meades discovers a dictator who couldn't dictate, with Mussolini caught between the contending forces of modernism and a revivalism that harked back to ancient Rome. The result was a variety of styles that still influence architecture today.

Along the way, Meades ponders on the nature of fascism, the influence of the Futurists, and Mussolini's love of a fancy uniform.